Lithuanian’s year in the European Court of Human Rights 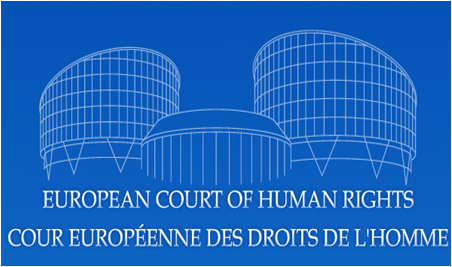 European Court of Human Rights (hereinafter “the Court”) in Strasbourg is one of the core bodies of the Council of Europe framework. The Court functions as a last option defender of human rights recognised in the European Convention of Human Rights. Every individual can address his/her case to the Court if he/she thinks that his/her human rights have been infringed, and state’s juridical mechanisms have failed to provide correction to the injustice. During its lifespan, the Court has gained significant juridical power among the European states. In other words, the states usually respect the Court’s authority and make sure that the Court’s judgements are enforced.

Now, as the year has changed, it is time to look back at the Courts case law of 2016 considering the human rights violations conducted by the state of Lithuania. In 2016, the Court found in 12 cases that Lithuania had violated human rights recognised in the Convention. This is 3 more than year before. When compared to the other Baltic states, we notice that Lithuania conducted the highest number of violations as in 2016 Latvia was judged for 8 and Estonia 3 violations.

The violations conducted by the state of Lithuania were found in the following cases (starting from the latest):

Most violations (5 cases) concerned Article 6 (right to fair trial), which is not surprising when looking at statistics. Violations of Article 6 has been found in a lion’s share of all the cases judged by the Court, not just in cases concerning the state of Lithuania. In 2016, the cases in which Lithuania was found to violate Article 6 were various in type, mostly they concerned right to access the justice and right to have a fair hearing. Also violation of article 5 § (Right to liberty and security) in the case of Albrechtas v. Lithuania can be included to category of failure to provide fair trial as the case concerned the right to have lawfulness of detention decided speedily by a court. The EFHR sees that the only way to prevent these kind of violations in future is to pay extra attention to principles of fair trial in domestic courts.

It is noteworthy that in the year 2016 the Court found three violations of Article 3 (prohibition of torture) and one violation of Article 2 (right to life). This is significant when regarded that before 2016 the Court has found Lithuania violation of Article 3 only in 8 cases, and violation of Article 2 in 6 cases. It is worrying to note that two of the cases in 2016 (Yusiv v. Lithuania and Gerdimas v.Lithuania) which infringed article 3 concerned police violence. Still, the biggest failure in both of these cases was police’s and prosecutor’s inability to efficiently investigate the alleged maltreatments. Investigational failures were also the reason why the Court found violations in the cases of Kraulaidis v. Lithuania and Bakanova v. Lithuania, even though the state of Lithuania was not directly involved in the circumstances of these cases. All of these 4 cases show that Lithuanian prosecutor’s offices have not conducted their duties with necessary caution. Fundamental reason for these neglects might be lack of sufficient funding by the state, workload of the personnel or lacks in personnel’s education. Whatever the reason, the government of Lithuania must pay extra attention that the prosecutor’s office is supported with sufficient resources.

Possibly the most unique case of the year was Biržietis v. Lithuania, where the Court found violation of article 8 (Right to respect for private and family life). The case concerned a prisoner who wanted to grow a beard in prison because of health reasons. However, the prison rules forbid this possibility from him. It the judgement, the Court reasoned that in general prisons are allowed set such rules, but the fact that the beard ban in the prison was so unconditional in nature was held violating the article. In other words, the prisons must allow exceptions in beard bans if a person shows health reasons, such as badly irritated skin, for growing a beard. We think that there is no need to open a law book to find this judgement perfectly reasonable.

The cases in which no violation was found

In addition to above listed cases, The Court gave judgements in 7 other cases considering Lithuania. In these cases, the Court found no violations. Most notable of these cases may be the case of Uspaskich v. Lithuania (released on 20.12.2016) as the applicant was the former Minister of Economy of Lithuania and the current member of European Parliament, Mr Viktor Uspaskich. The case considered his right to stand for election (Article 3 of Protocol No. 1 to the Convention).  Mr Uspaskich argued that his right was not effectively actualized as he was held in house arrest because of corruption charges during the campaign for parliamentary election 2007. He argued that he was prevented meeting his voters, which is why he eventually was not selected as a member of parliament. The Court did not agree with these arguments. Instead, it held that the applicant must have known about the effects on political campaign caused by the forthcoming proceedings before signing for candidacy. Furthermore, the Court held that the applicant’s political party shielded him from prosecution by systematically presenting him as a candidate in municipal, parliamentary and European Parliament elections, all of which meant that at least for a certain time the applicant could enjoy immunity from prosecution.

The EFHR will continue observing the juridical actions of the Court. Our aim is to provide summaries of all the judgements in which the Court finds a violation by Lithuania. These judgements can be found here. You can also follow the links to last year’s cases by following the links in the table of this article.