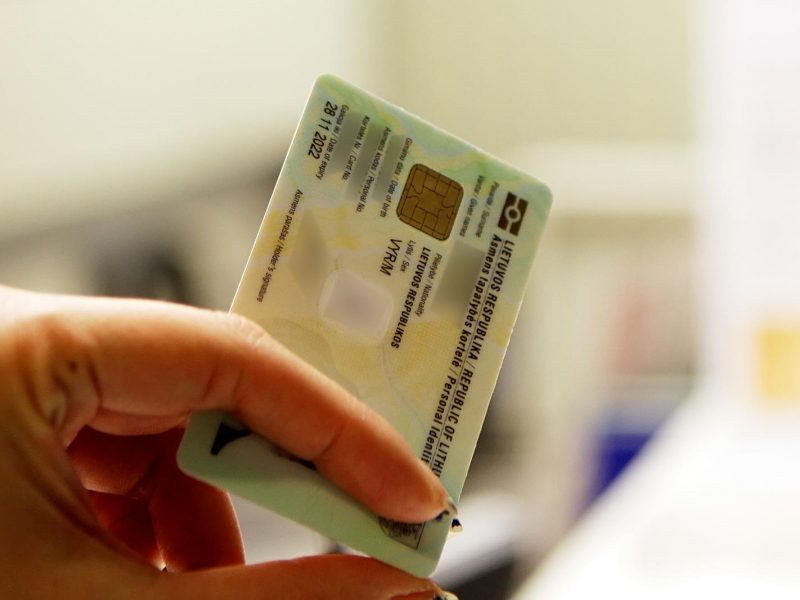 Today the Supreme Administrative Court of Lithuania issued final and not debatable rule on the inscription of the letter ‘w’ in Lithuanian passport and identity card in the case of Wardyn. The surname of Wardyn is well known as one of the first families who started to fight for the original spelling of proper names a decade ago. On 7 November, 2016 the District Court of Vilnius Region issued a decision in which obliged the Civil Registrar’s Office to issue a new marriage certificate with the letter ‘w’ in the surname of Lithuanian woman of Polish descent who married Polish citizen. During the analysis of the case, the court considered the clarifying of the Court of Justice of the European Union as well as factual circumstances which involve translation. Lithuanian citizen was provided with a new marriage certificate and new driver’s license which all have the letter ‘w’. On 20 September, 2016 the Vilnius Regional Administrative Court issued one more decision in which obliged the Migration Department to issue a passport and an identity card of the Republic of Lithuania with the surname of ‘Wardyn’ for petitioners’ son. Meanwhile, today the Supreme Administrative Court of Lithuania changed this decision, indicating that son’s surname ‘Wardyn’ must be spelled in original as well as in Lithuanian form in the Lithuanian passport and identity card.

Today the court also issued an identical decision on Pauwels’ case. On 4 July, 2016 the Vilnius Regional Administrative Court obligated to include the letter ‘w’ in the identity card of the female citizen of the Republic of Lithuania. The court stated that the decision of the Migration Board of Vilnius County Chief Police Commissariat, which denied to fulfill the petition for issuing (replacing) the identity card with the surname ‘Pauwels’, was illegal and unjustified due to the fact that in the newly issued petitioner’s marriage certificate the surname ‘Pauvels’ is changed into ‘Pauwels’. The petitioners’ new marriage certificate was issued on 19 October, 2015 during the realization of the Vilnius City District Court’s ruling on 30 July, 2015. Today the Supreme Administrative Court of Lithuania changed this decision and obligated to issue identity card which indicates two versions – Lithuanian and the original one.

The legal assistant of PI ‘European Foundation of Human Rights’ who represents petitioners in court, Evelina Baliko, highlights that there are dozens of cases which await court’s decisions, every week there are new requests from clients. The exact position of double spelled proper names in identity card and the basis on which the Migration Board could demand to change the records, which are already existing and written in the Population Register in accordance with court’s decision, into Lithuanian versions– is not known till this day.

One week ago the same court issued orders on the cases of Mickiewicz and Jacquet which obligated the Migration Board to issue passports of these children with proper names in Lithuanian and in the original form. Unfortunately, the court’s decisions created confusion and did not solve many problems of mixed families. Even after final court’s decisions the Migration Board refuses to issue passports with double inscriptions for Jacquet and Mickiewicz until the petitioners willingly change their records in the Population Register to Lithuanian forms, i.e., the petitioners are forced to give up their original surnames. Due to the existing situation the petitioners will file for an appeal to the European Court of Human Rights and to the UN Human Rights Committee.