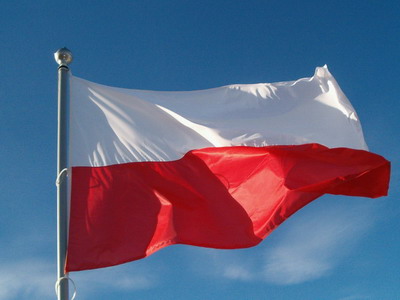 On the 2nd of May, as a part of celebrating the day of the Polish Diaspora and Poles Abroad and the day of the Polish flag, Mrs. Lilia Kiejzik displayed the polish flag on her balcony. Soon after that, police officers came and demanded her to hide the flag, without any explanations. It has been found out that they have mistaken it with Soviet Union flag (USSR).

According to police representative Paulius Radvilavičius “The flag was displayed in a way that it was hard to distinguish it from polish, other country’s or soviet. It was just hanging on the balcony”.

European Foundation of Human Rights (EFHR) highlights, that Art.12, Paragraph 6 of Lithuanian Law on the National Flag and other Flags allows legal entities and natural persons to display flag of other country, EU flag, flag of international institutions according to the displaying rules – showing respect to flag. It is forbidden to display fascism, nazizm and communism symbols, like swastika, sickle and hammer.

Today on the 3rd of May, as a part of celebrations of Constitution Day Polish and Lithuanian flags are being displayed by self-government of Vilnius. On Facebook profile Mayor of Vilnius, Remigijus Šimašius, congratulated Lithuanians and Poles. Mayor also commented on Mrs. Lilli situation: “Those who did not recognize Polish flag, need to revise history lessons at school – no matter if in lithuanian or in polish”.

Those who received a letter or a fine from the police, because of displaying flag, contact us:  teise@efhr.eu, +370 691 50 822. EFHR offers unpaid legal support to everyone who has been discriminated in everyday life.