The representative of the EFHR on the next hate speech training 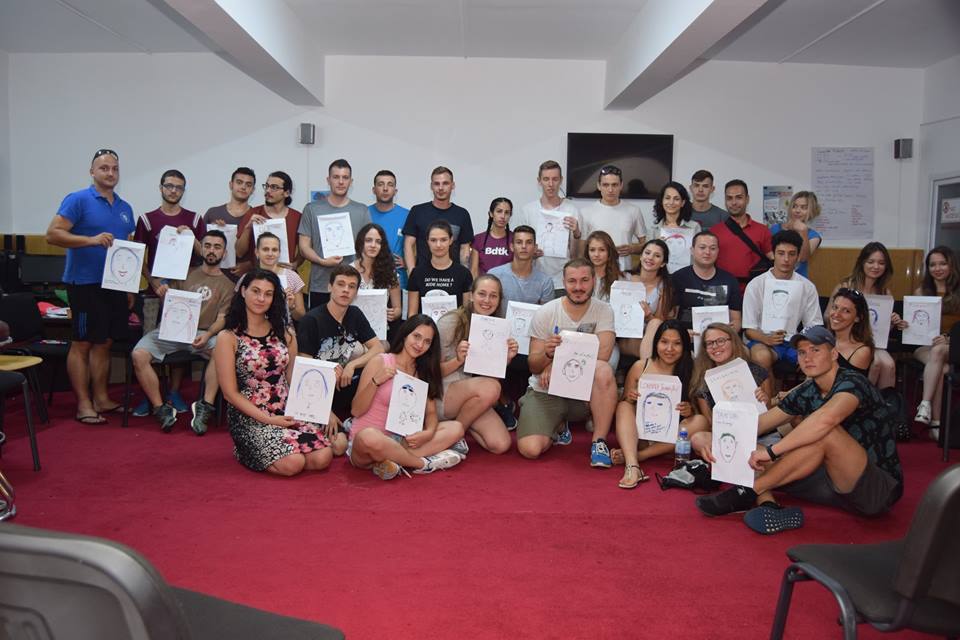 On July 10-17, 2017 in the small Romanian town – Ramnicu Sarat, an international youth exchange took place. It was entitled as an “Athletic attitude against hate speech”. There were exchanged  the representatives from seven countries: Lithuania, Poland, Romania, Slovenia, Turkey, Italy and Greece. The purpose of the exchange was to accept posts, to present to a wider range of people how sport can be an effective the tool in the fight against hate speech. In addition, the campaign “No hate speech movement” was discussed.

The representative of the European Foundation of Human Rights (EFHR) was Leszek Jankowski, who was elected as a leader of the Lithuanian participants.

The theme of the project was the issue of hate speech, which in today’s troubled times is becoming more and more widespread in public space, including sporting events. Young people analyzed the causes and consequences of this phenomenon, presented its examples and the most characteristic features observed in their countries of origin.

During their free time, the participants also had an opportunity to learn the culture and nature of Romania. Exchange organizers organized a trip to Bran Castle. The castle is considered as a a seat of the Dracula vampire, which now houses a historical museum. After the tour of the castle, participants had free time to explore the city of Brasov. Also, in the intervals between the discussion panels, the participants played themselves, in the coeducational teams, in their favorite team games.

Exchange confirmed the importance of the spirit and essence of sport, in which there shouldn’t be a place for any form of discrimination and hate speech. The knowledge gathered by the representatives of the EFHR for sure will be used in future training for young people. Counteracting intolerance, discrimination and emanation of hate speech is a goal in itself for the European Foundation for Human Rights.