The EFHR is organizing the campaign for the Minority SafePack 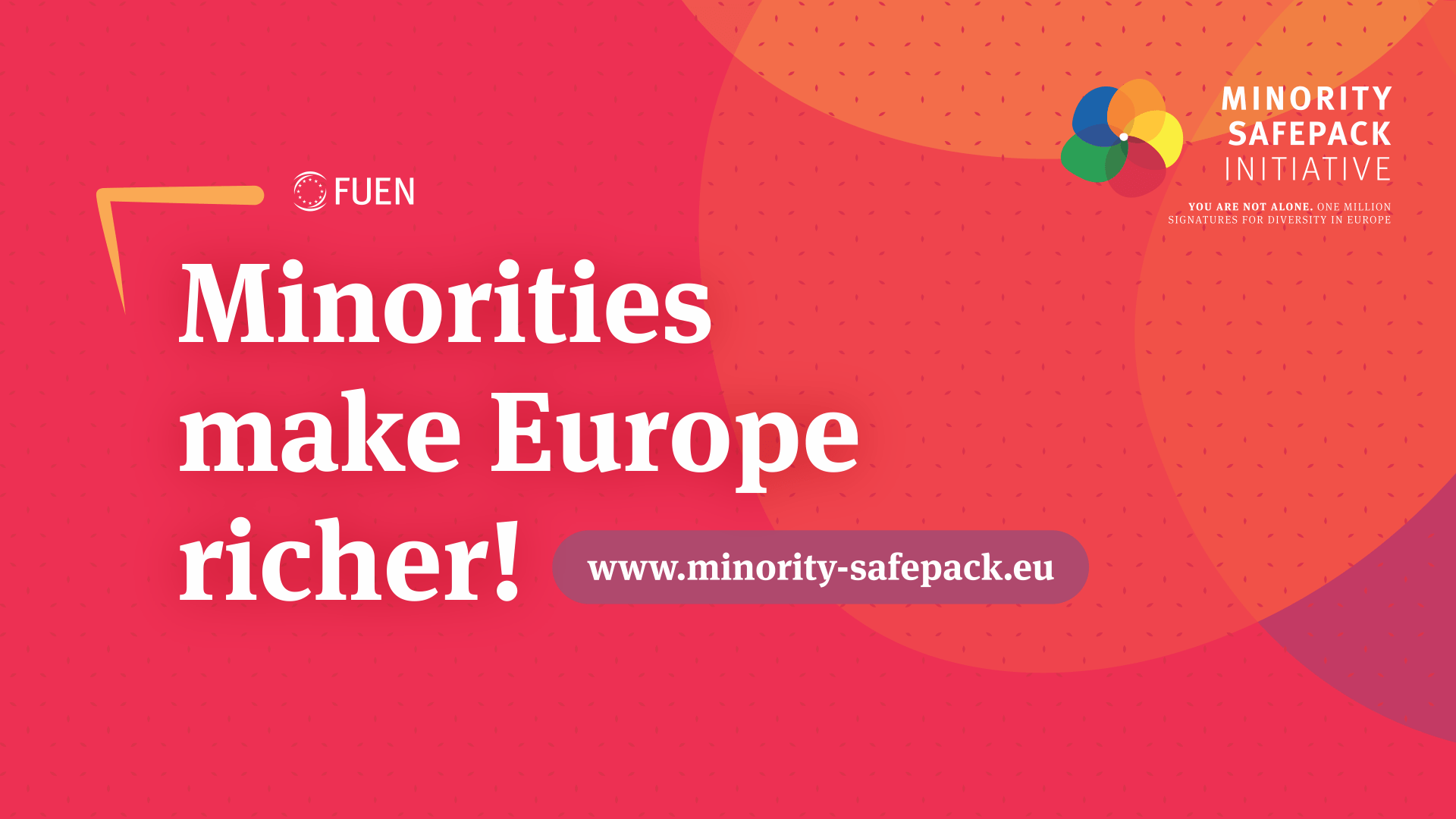 Minority SafePack is a Citizens’ Initiative that aims to collect one million signature all over Europe. This initiative has a wide variety of policies and a set of legal acts that are aiming at being made into EU law in several fields: regional and minority languages, education and culture, regional policy, participation, equality, audiovisual and other media content, and also regional (state) support. The main goal of this Initiative is to improve the protection of persons belonging to national and linguistic minorities and strengthen cultural and linguistic diversity in the European Union.

The Minority SafePack has the support of a broad alliance of minority organizations from all across the continent. It is currently being organized by the Federal Union of European Nationalities (FUEN) on the behalf of the Minority SafePack Initiative Citizens’ Committee. The Initiative has experienced a wave of recent progress and support, with the European Youth Forum (EYF) passing a motion at its 2nd Council of Members of 2017, the Parliament of Hungary passing a resolution supporting the SafePack, and the Bundestag in Germany unanimously passing a motion in support, among other organizations.

The EFHR is fully supportive of the Minority SafePack and is coordinating efforts to gain support in Lithuania. The proposed actions of the Initiative will strengthen protections for minorities and minority languages, ensuring the preservation of cultural diversity within Europe and preventing the extinction of these endangered languages.

For more information on the Minority SafePack, click here.

To add your name to the thousands calling for action, click here.