The Council of Europe has released an educational game 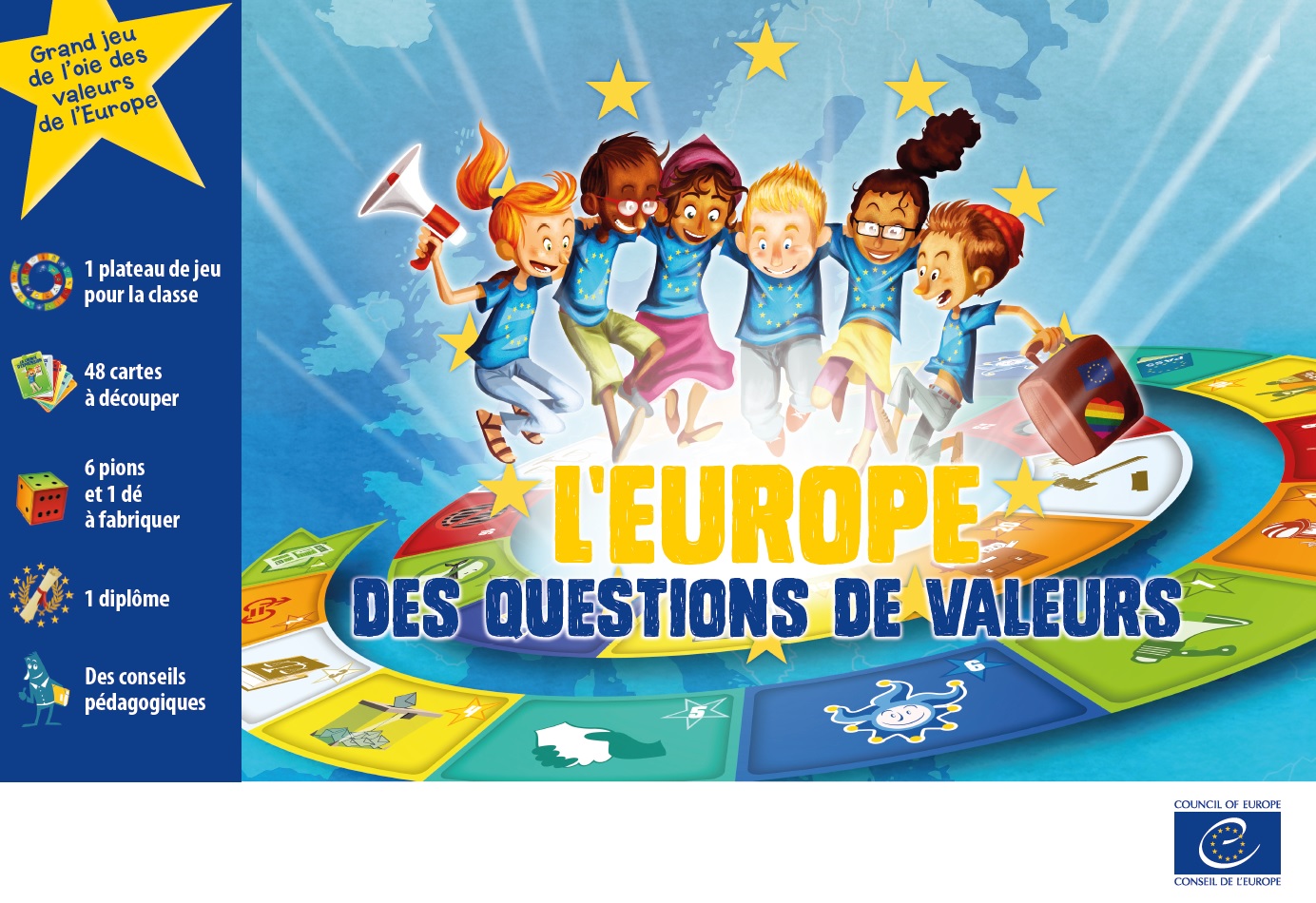 The Council of Europe has released an educational board game for children. The game is aimed at a child audience of 8-12 year olds, and is directed at instilling values. The game is intended to encourage children to learn the values of the European Union, namely: a fair system of justice, abolition of death penalty, gender equality, diversity and non-discrimination, freedom of expression and free elections.  While it has been adapted to be played by 2 or more people, the main aim of the game is to be used in the context of a classroom in which children will play this game in large groups under the direction of a teacher, who will facilitate discussion and educate children as they play.

Every team should go through different 24 stars on the board, and the first team to reach the end wins. Other rules that teachers should bear in mind is that children should be part of a mixed team, so they can learn values such as cohesion or how to respect different opinions. Another goal of this game is to encourage all children to participate. Finally, the team who receives the most points will win the “Young European Citizen’s Diploma”.

The rules of the game can be found here or you can contact docrequest@coe.int to receive a printed copy of this game.

The game can be played online here.