During the FIFA World Cup, a football club of the Academy of Fine Arts in Vilnius organised an alternative version of the football World Cup – FIFA WORLD CUP 2018 VILNIUS, which took place at the stadium of Salomeja Nėris Secondary School. In the football tournament FIFA WORLD CUP 2018 VILNIUS took part 32 football teams, representing various countries which took part in the official World Cup. In the alternative version of the FIFA World Cup took part Leszek Jankowski, lawyer of the European Foundation of Human Rights (EFHR), which, together with his team “Autoplaza”, represented Poland. The choice of the country was not accidental – most of the players graduated from a Polish school and actively take part in sporting and cultural life.

The team clothing needed to be as similar as possible to the original one of the Polish national football team at the World Cup. The team would like to thank the Embassy of the Republic of Poland in Vilnius for the purchase of the clothing as well as EFHR which handed over the Polish flag to the team and fans and an other attribute which helped to support their team during the tournament and to jointly follow the FIFA World Cup.

During both the official and the alternative World Cup, the Polish team didn’t manage to achieve the desired result and leave its group, but this was a wonderful event, which let the players and their fans, who could not go to Russia, feel the spirit of the FIFA World Cup and support their team in Lithuania.

The team would like to thank all its fans, the Embassy of the Republic of Poland, EFHR and others for their support and it hopes to achieve better results in the future. 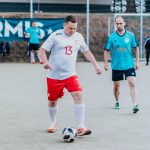 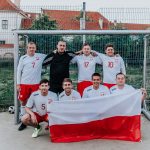 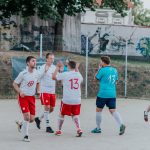 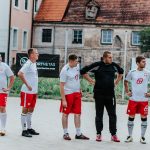 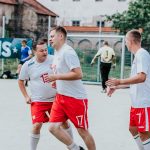 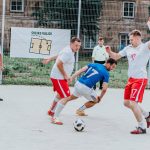