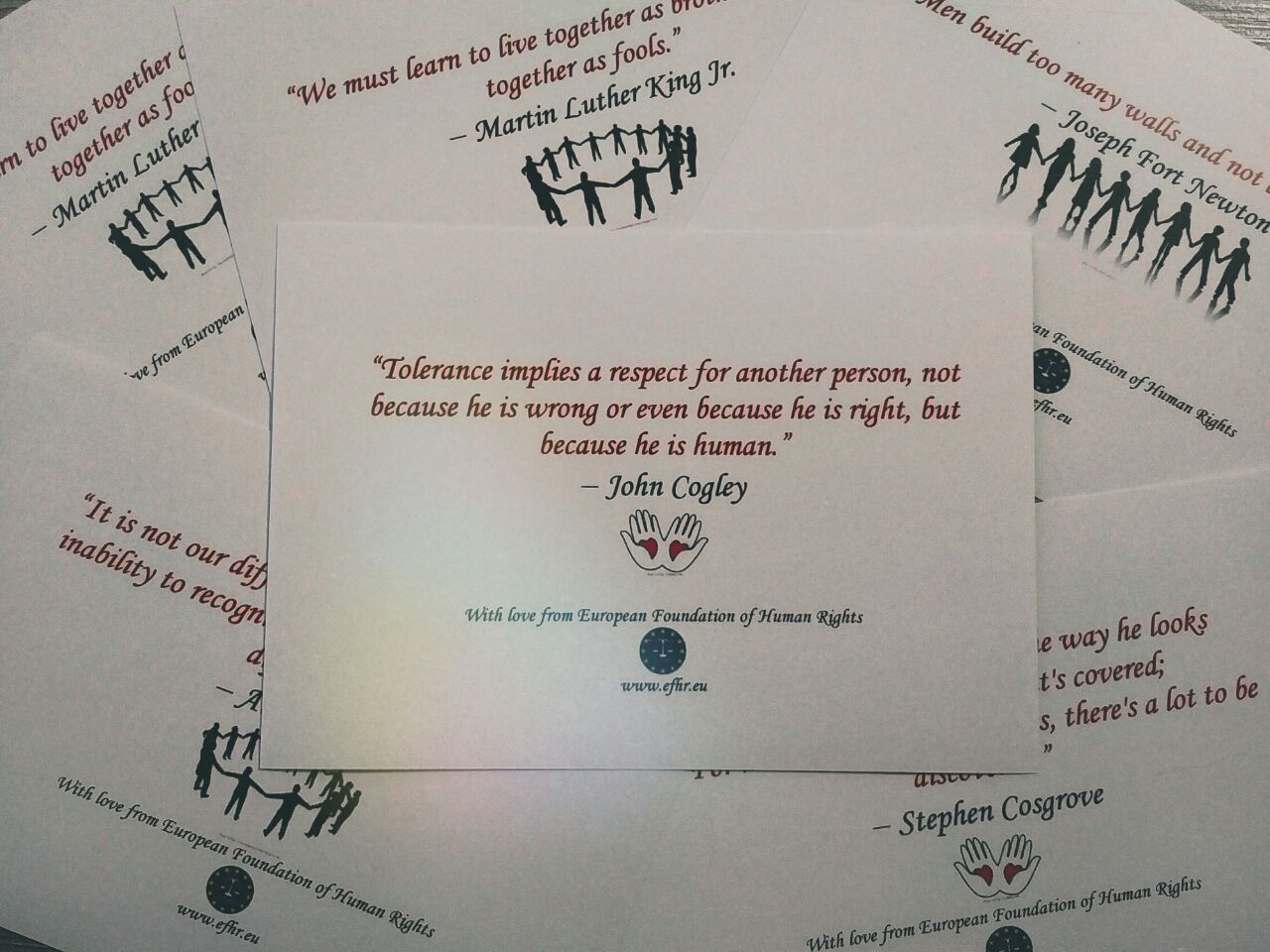 November 16th marks the International Day for Tolerance. Its annual observance day was declared by UNESCO in 1995 to generate public awareness of the dangers of intolerance.

Since then, the day is annually observed by The United Nations to educate people about the need for tolerance in society and to help them understand the negative consequences of intolerance. This imperative exists at the core of the United Nations Charter, as well as the Universal Declaration of Human Rights, and is more important than ever in this era of rising of violent extremism and widening conflicts that are characterized by a fundamental disregard for human life.

The International day for tolerance is a time for people to learn about respecting and recognizing the rights and beliefs of others. Each year live discussions, conferences, and festivals take place across the world on this day, concentrating on how various forms of injustice, oppression, racism and unfair discrimination have a negative impact on society.

On this day, EFHR employees decided to visit the Museum of Genocide Victims, which has been open since 1992 in the building where the Soviet security agencies, known also as KGB, operated for almost 50 years. The main part of the exposition consists of the former NKBG-MGB-KGB prison, set up in the basement shortly after the Soviet Union occupied Lithuania. Moreover, the building served as the premises for the administration of the interrogation section and the Finance Department, as the room of the prison supervisor, the interrogation rooms and a part of the second floor used to be occupied by MGB Department B.

The exhibition shows the cruel and painful times in the history of Lithuania, the loss of the country’s independence, harsh reprisals at the hands of the Soviet regime, and the fight for independence.

During the years when Lithuania was occupied by foreign regimes, most people tried to preserve their national identity, although they did not express openly their own opinions. However, even under total surveillance and brutal persecution of people with different beliefs, there were those determined to fight against the regime and protect human rights, despite the risk of their freedom or even their lives. As a result of their courage, resolute stand, and activities, hope for freedom and independence stayed alive within the nation.

For this special occasion, the EFHR team has created unique postcards with quotes on human rights, in order to spread awareness about the importance of tolerance, as well as the fight against discrimination. The cards have been distributed throughout the city.