EFHR visiting the Parliament of the Republic of Lithuania 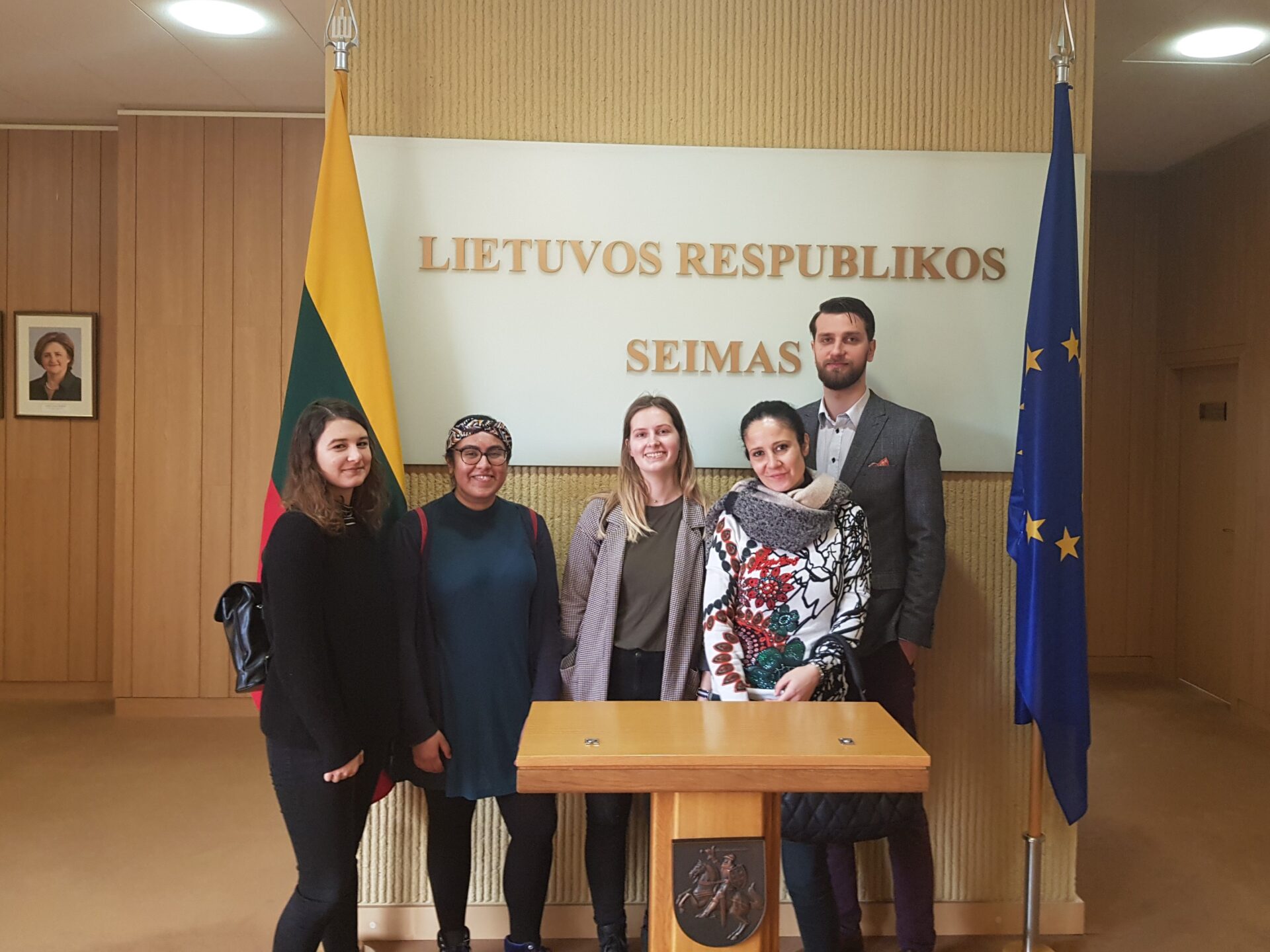 On Friday, 15th March 2019, the team of EFHR visited the Parliament of the Republic of Lithuania on their work outing. Together with their mentor Monika, the interns Alessandra, Elisa, Jędrzej Jakub and Lorena, were given a one hour guided tour of the most important buildings and rooms, namely the Seimas Plenary Chamber, the Hall of the Act of 11 March, meeting rooms and Press Conference Hall and finally the Seimas gallery open on Fridays to the public, explaining the Parliament’s activities, its structure, the development of parliamentarism but also giving insight on the history of Lithuania’s independence, EU-relations and state governance.

After the tour Lorena agreed to share her experience:

“After entering through a security checkpoint, we got welcomed by our friendly and energetic tour guide who patiently explained the processes of parliamentary meetings, the allocation of seats in a parliamentary body and introduced the historical figures signing the Act of the Re-Establishment of the State of Lithuania while having the privilege of sitting in the very same spots. While passing through the halls of Seimas, the buildings surprised with many art pieces, iconic photographs or cross-cultural gifts given by the many allies of Lithuania. The tour was concluded by visiting the sculpture of Gediminas Columns, one of the earliest symbols of Lithuania that appeared on historical coats of arms, especially during the time of the Grand Duchy of Lithuania. As part of the 25 years of restored independence celebrations in 2015, school children from across Lithuania covered the columns with friendship bracelets as a symbol of unity from across the regions of Lithuania.”