Is the slogan “Lithuania for Lithuanians” – a hate crime? 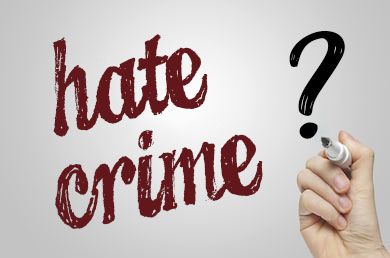 April 9, 2019, the District Court of Vilnius City issued a judgment in the case, which became a cause célèbre and concerned a hate crime committed against Fabian Sanchez, a citizen of Ecuador. The Court found J.Malinovski and E.Lukasevicius guilty of causing a public nuisance under the rule of Article 284 of the Criminal Code of Republic of Lithuania (Criminal Code) and inciting hatred towards a person of other nationality under the rule of Article 170 Section 2 of the Criminal Code. The court sentenced J.Malinovski to 1 year and 2 months of suspended sentence for 2 years and E.Lukasevicius to 1 year and 4 months restriction of liberty. Moreover, they must pay 500 euros for the compensatory damages.

July 19, 2018, Mr. Fabian Sanchez, an Ecuadorian who had been living in Lithuania for 5 years, was attacked by two men shouting “Lithuania for Lithuanians”. During the investigation, it was found that these men ‘felt provoked by Fabian’s behavior during the so-called “patriots’ march” on the 11th of March 2018’. Namely, Mr. Sanchez held the poster “Lithuania for everyone”. The perpetrators claimed ‘to be offended’ by such action, because for them it meant that ‘Lithuania was also for criminals and homosexuals’.

The Court ruled that according to the linguistic meaning, the phrase “Lithuania for Lithuanians” did not entail discrimination, being itself a nationalists’ slogan. Nevertheless, the Court considered that the situation had been aggrieved by the fact of an attack on a foreigner standing for equality.

J.Malinovski and E.Lukasevicius stated that Mr. Fabian Sanchez had not stood out of the crowd, but they had recognized him because of the poster. During the testimony of J. Malinovski, it was discovered that he had been aware of a pejorative meaning of the phrase “Lithuania for Lithuanians”. At the same time, he claimed that Mr. Fabian Sanchez had been provoking them.

Evelina Dobrovolska, attorney’s assistant, who was representing Mr. Fabian Sanchez, is satisfied with the verdict. She emphasized that Lithuania was on the path of bringing its law and practices in line with standards of the European Court of Human Rights and international human rights law. Thus, the Council Framework Decision 2008/913/JHA states that “racism and xenophobia are direct violations of the principles of liberty, democracy, respect for human rights and fundamental freedoms and the rule of law, principles upon which the European Union is founded and which are common to the Member States.”

Despite the efforts, the recognition and prosecution of this type of crime remains to be low and the problems emerge during all stages of investigation. Therefore, only a clear classification in the case-law will contribute to a more effective fight against hate crimes in Lithuania. The Court’s interpretation, which states that attacking with the slogan “Lithuania for Lithuanians” is not only a violation of public order, but also an incitement to hatred, is the first step towards social consciousness.