The CERD Alternative Report was submitted by EFHR and LCHR 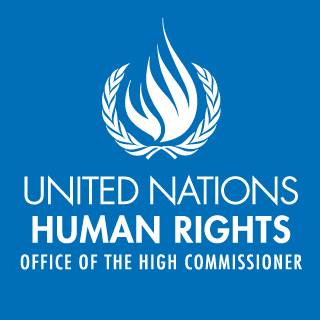 This “shadow report” aims to provide alternative information to the CERD regarding the Lithuania’s ninth and tenth periodic reports of Lithuania under the ICERD. Though, the purprose of this report is to address the main human rights issues in Lithuania.

Despite the fact that Lithuania has made some progress regarding the implementation of previous recommendations of the CERD, some issues have been ignored, and human rights remain an important challenge in the country. In order to counter discrimination and to protect the most vulnerable groups in Lithuania, new policies and plans of actions are necessary for the country.

The NGOs pointed out some issues in various different areas. The current issues concern the situation of national minorities, challenging incitement to hatred and hate crimes, the living conditions of Roma people, asylum seekers and migrants, legislative framework regarding discrimination, human trafficking, etc.

The European foundation of Human Right and the Lithuanian Centre for Human Rights hope that the CERD will take into consideration the recommendations stated in the report, in order to improve the human rights’ situation in Lithuania.

Summary of the Alternative report:

The Lithuanian legislation doesn’t include all grounds for discrimination into the definition of racial discrimination, despite the recommendations of the European Commission against Racism and Intolerance in 2016.

There is no law about national minorities since 2010 in Lithuania, and, in spite of some drafts made by the government, the delay stays an important issue for minorities’ rights in the country.

There is a clear lack of data concerning economic and social indicators for ethnic and national minorities, which makes it difficult to analyse and understand the situation of these minorities in the country. Unfortunately, current statistics barely respond to the initial expectations.

Following the recommendations of the Committee, a National human rights institution was created in 2017. Nevertheless, it stays complicated to monitor human rights in the country.

Hate speech remains an important issue in Lithuania, and the lack of resources and clear prioritised actions from the government do not enable the country to properly counter this phenomenon.

Lithuania made some efforts to recognise and carry out prosecution of hate crimes in the country. However, there is no specific plan of action dedicated to hate crimes, and there are often challenges during every phase of investigations, recognition is low, affecting under-reporting, assistance to victims is very limited.

Because of existing tensions in Lithuanian society, there is a risk of conflict escalation during public demonstrations. For example, during the March 11th nationalistic marches, the slogans “Lithuania for Lithuanians” are heard, and Nazi symbolism can be noticed

The situation of the Roma community is still concerning in Lithuania. Despite some plans of action regulated by the government, Roma people are still suffering from a strong discrimination in enjoyment of their rights to housing, education, employment, etc.

Even though anti-discrimination legislation exists, the situation of asylum seekers or refugees stays complicated in the country. Their integration is not totally covered by legislation and policies, and they are often victims of discrimination, especially regarding employment and housing.

Refugee’s integration is still a big challenge in Lithuania. A majority of Lithuanian have a bad perception of them, which is a big obstacle for their integration.

The minimum international standards on the elimination of human trafficking are met by Lithuania, nevertheless there is a lack of a comprehensive strategy, effective guarantees and services for the victims, financial allocations and well-established inter-instructional and inter-sectoral cooperation.

The EU Victims’ Directives are not effectively implemented by Lithuania undermining protection and needs of the victims of racial discrimination. Victims are not provided with a proper protection, support and access to justice guarantees.

The Lithuanian state report will be analyzed during the 98th spring session. The meeting with the Lithuanian delegation will be broadcasted live on April 30 from 13:30 to 14:45 via the platform: http://webtv.un.org. Reports submitted by Lithuania, as well as observations of the non-governmental sector, are available on the CERD website.