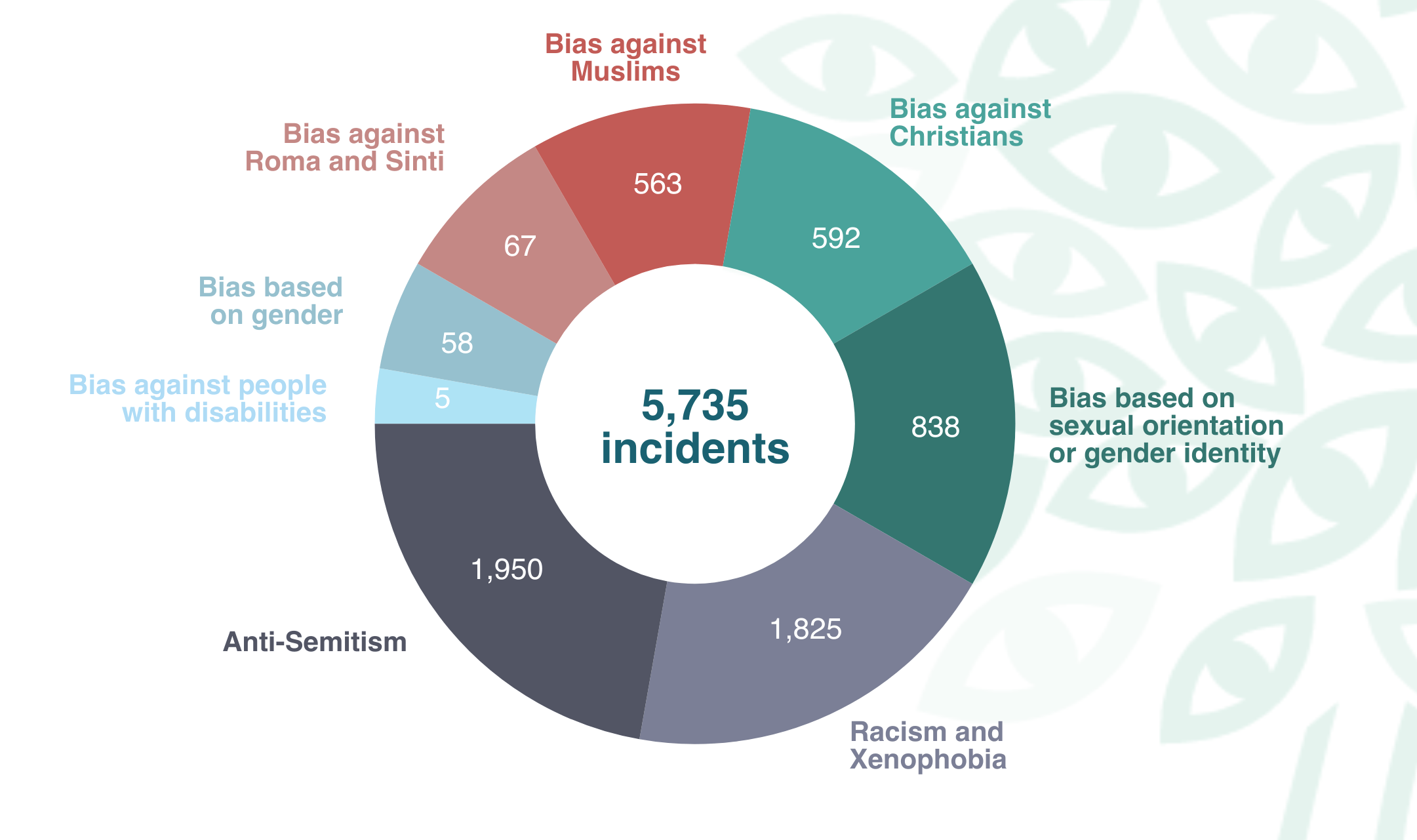 Announcing Hate Crime Data of 2018, OSCE Office for Democratic Institutions and Human Rights (ODIHR) urges countries to implement hate crime legislation that has existed on their law books for many years.

“Legislation that remains without any practical application is of no more value than the paper it’s printed on,” said ODIHR Director Ingibjörg Sólrún Gísladóttir. “We must be clear that bias-motivated crime is not a phenomenon that affects minority communities only, but on the contrary is a direct attack on our democracies and the human rights principles on which they are based.”

OSCE points out, that even though 53 out of the 57 countries that make up the OSCE region have laws prohibiting hate crime for a variety of bias motivations, far fewer apply these laws in practice. In particular, many countries do not have mechanisms for police to record hate crimes as a separate category, which means the bias motivation is lost sight of and is much less likely to appear in any final sentence handed down by a court. ODIHR continually underlines the fact that the vast majority of bias-motivated crimes go unreported. Many victims do not go to the police because they doubt the authorities will take action, while others fear lengthy court cases and meetings with insensitive law enforcement or judiciary officials that exacerbate the trauma they have already suffered.

However, the OSCE notes that in recent years, there have been a number of improvements in combating hate crime in the OSCE region. In some countries, bias-motivated crimes have been added to national legislation and heavier sentences introduced. This is a vital step to make clear that hate crimes affect the security not only of individuals and their communities but society more widely, and ensuring perpetrators are aware their actions will not be treated with impunity.

Forty-one participating States have submitted hate crime information to ODIHR for 2018. Of these, 41 provided statistics, while 25 provided statistics that are disaggregated by bias motivation. The official figures are complemented by reports on hate incidents from 178 civil society groups, covering 44 participating States. Lithuania also reports hate crime data to the ODIHR. Official information about the incidents is collected by the Police Department and the Office of Prosecutor General. Hate crimes recorded by the official authorities in 2018 include 4 incidents resulting from bias against sexual orientation or gender identity , 3 incidents on the grounds of racism and xenophobia, bias against Roma and anti-semitism– 7 incidents in total.

European Foundation of Human Rights (EFHR) is also involved in the reporting process  provides annual information on hate crimes in Lithuania. Last year, EFHR reported 4 hate crimes related to racism and xenophobia, as well as homophobia and attacks against a religious group. More detailed statistics on Lithuania can be found here: http://hatecrime.osce.org/lithuania