The EFHR wins two cases against the SKVC 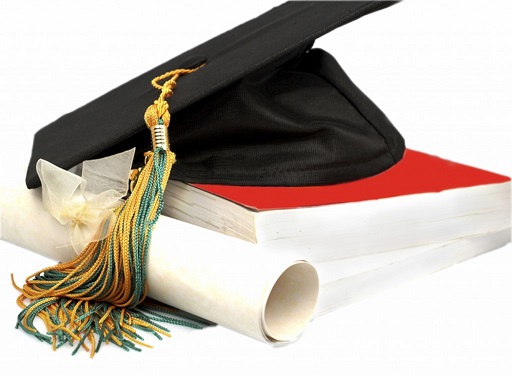 After several months of a lively correspondence, The Centre for Quality Assessment in Higher Education (SKVC – Studijų kokybės vertinimo centras) acknowledged the arguments of the European Foundation of Human Rights (EFHR), which referred to recognize the validity of the academic degree. Two graduates faced the problem of rejection of official recognition of their foreign diplomas, accredited in other member countries of the European Union. They were provided assistance by our Foundation.

The EFHR prepared the formal complaint against the SKVC about the discriminating decision concerning the lack of the official recognition by the Lithuanian authorities of the Master’s degree of the citizen, R.S., who received her diploma at the German university. After the comparison procedures concerning the obtained qualification of the Master’s degree within the scope of the Lithuanian tertiary education system, the previous decisions of the SKVC indicated that the degree obtained by R.S. at the German university was regarded as the Bachelor’s Degree. The committee justified its decision by the fact that the Philipps University of Marburg agreed to rewrite the marks of the final exams of two subjects (the history of Europe and English), seeing that both of them had been already successfully passed by R.S. during her study (in 1992-1996) at the Lithuanian Christian College (LCC), which did not have the status of the university at that time. According to the Lithuanian law, R.S. was thereby not allowed to continue her tertiary education and the Lithuanian Christian College was not officially entitled to continue its educational activity.

The questions concerning the official recognition of the professional qualifications and their acquisition on account of the graduation from the European university are regulated by the Treaty of Council of Europe and the UNESCO. The treaty provides that the procedures, as well as the assessment and recognition criterions should be transparent, coherent and reliable and that the decisions concerning the official recognition of the qualifications are to be made exclusively on the basis of accurate information about the qualifications, which are supposed to gained by a student.

“After 8 months of a regular correspondence with the SKCV, I finally received the answer that my Master’s Degree obtained in Germany was regarded as Bachelor’s Degree in Lithuania “ – claimed R.S.

In such circumstances, The European Foundation of Human Rights intervened in this matter and provided R.S. with a free legal advice.

The SKVC eventually agreed with the European Foundation of Human Rights and recognized the Master’s Degree received by R.S. at the Phillips University in Marburg.

“I am deeply grateful to the lawyer assistant, Ewelina Baliko, and the European Foundation of Human Rights for their support and efforts to help me (the citizen of Lithuania) to defend my rights” – R.S. gave an exclamation of delight after the positive decision of the Centre.

R.S. has been currently working in an international organization, which does not doubt in her education received in Germany. Owing to the official recognition of her diploma, she will be able to apply for a job in Lithuania. “Were I to receive an interesting job offer in my homeland in future, the recognition of my diploma might prove to be helpful” – remarked R.S.

Nonetheless, another citizen of Lithuania, J.S., faced a significantly more complex problem. The SKCV did not recognize either her Bachelor’s Degree obtained at the Lithuanian Christian College or her Master’s Degree gained at the University Karlstad in Sweden (Karlstads Universitet) in 2000. In spite of the fact that she attended extra tuition for a year, the SKVC justified its decision by the fact that J.S. also received Bachelor’s Degree at the LCC International University in Klaipėda (LCC International University), which had no licence for educational activity.

Our Foundation was not indifferent towards such a behaviour of the SKCV and defended J.S., providing additional evidence, including among others the certificates of the following institutions: the Karlstad University, the LCC International University, The Ministry of Education (LR Švietimo ir mokslo ministerija) and the National Academic Recognition Information Centre of Sweden. After a thorough analysis of the aforementioned documents and consideration of the arguments of the EFHR, the Centre regarded the Swedish diploma as an official and legal equivalent of the Master’s Degree obtained in Lithuania.

The official recognition of the certificates, diploma or degree gained in a foreign country of the European Union is a crucial element of promoting the mobility of the academic environment by the member countries.

Education is a rudimentary human right. Especially tertiary education, which aims at the acquisition and progress of the knowledge, is an extremely rich cultural and scholarly element, both of the individual and of the whole society.

The European Union has contributed considerably to the development of education of the highest quality by encouraging to cooperation between the member countries and – when necessary – by supporting and complementing their activity, with respect to the responsibility of the members countries for the essence of the education process and the organization of the education systems, as well as their culture and language diversity.

The EFHR encourages everyone facing any legal problems, especially with the official recognition of the diplomas and academic degrees obtained within the European Union, to contact us. The aforementioned examples prove that it is always worth fighting for our own rights.