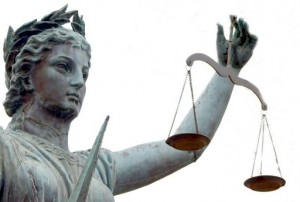 Situations in which national law is not able to provide citizens with respect for their rights and freedom guaranteed by international law are rare, but still exist. How do Lithuanian courts act in such situations and who takes full responsibility for this?

June 28th, 2013, a member of Electoral Action of Poles in Lithuania, Tadeusz Tuczkowski was punished by Trakai District Court with a fine of 500 Lt for organizing an unsanctioned rally.

National law provides for the obligation to apply for a permit in appropriate local government at least 5 working days before the planned gathering. The application for permission was submitted the day before the planned rally, that is the day, when the information about the possible shutdown of minority schools was publicized by the City Council. Obviously, it was impossible to submit such application earlier.

According to the lower court an obligation was not fulfilled in this case.

In accordance with Article 11 of the Convention for the Protection of Human Rights and Fundamental Freedoms, everyone has the right to freedom of peaceful assembly and to freedom of association with others, including the right to form and to join trade unions for the protection of his interests. In accordance with the judicature of The European Court of Human Rights (ECtHR) (judgment of the ECtHR from July 17th, 2007 on Bukta and others v. Hungary, no 25691/04; Oya Ataman v. Turkey, no. 4552/01) freedom of spontaneous assembly shall be protected. In this case, the Lithuanian law, which does not provide an accelerated procedure for submitting the application for permission for a rally, is, of course, against international law.

At the request of the European Foundation of Human Rights (EFHR) the decision of the court was contested. After reconsidering an appeal, Vilnius City Court (Vilniaus apygardos teismas) canceled the fine and limited only to the warning.

Despite obtaining a more favourable judgment, EFHR still considers the judgment of the Lithuanian court against international law, judicature of the ECtHR and practice of other countries (Poland, Germany, Austria and others).

EFHR worries that the appeals court did not invoked the arguments of the appeal related to international law. Only national law was taken into account while considering the appeal. In such situation, rights and freedoms of individuals, approved by international law, are just declarations. International conventions, which Lithuania has the obligation to respect, approve the possibility of spontaneous meetings, as one of the type of free assembly. Convention participants are obliged to ensure that the rights and freedoms guaranteed by the convention are enforced without holding natural persons responsible for failure to perform its obligations.

In the view of the fact that other states have adapted their systems of national law to international law, the question is how long will we have to fight with unwillingness of the Lithuanian legal system to approve citizens’ rights and freedoms, which are guaranteed to them by international law?

Although the decision of an appeal court is final, there is still local law of a particular state, and everyone has the right to protect its rights and freedoms beyond national law. That is why, this is not the end of the story yet.