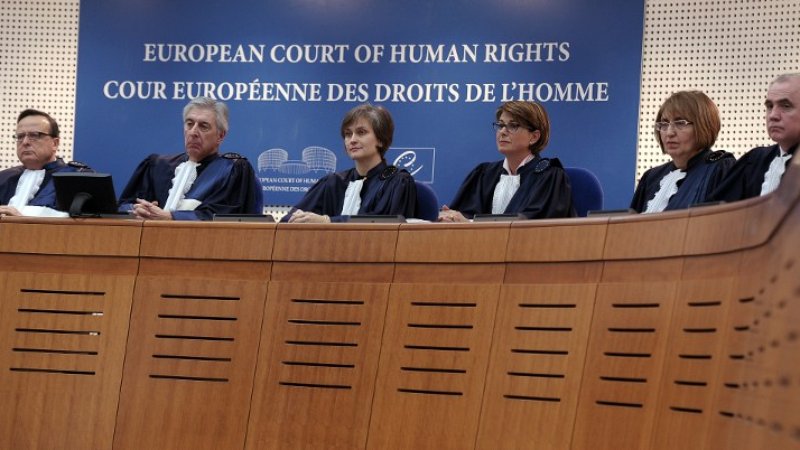 The European Court of Human Rights (ECHR) detected a violation of the right to property regarding two Lithuanian citizens K.P. and E.V. basing on the fact that they did not receive a due compensation for a statutory appropriation of their property.

According to the Court’s decision and the Article 1 of Protocol 1 to the Convention for the Protection of Human Rights and Fundamental Freedoms, regulation by law concerning the compensation is within the competence of each country (i.e. under certain circumstances it is entitled to obtain a part of the compensation and not a whole market value of the property). Neither the Convention nor the Court’s decision stipulates that the applicant has the right to a full compensation. Nevertheless, Lithuanian national courts granted the applicant a compensation that was a few dozen times lower than the estate’s market value at the time of its appropriation. Moreover, they did not take into account the applicants’ individual situations.

In Pyrantienė’s case against Lithuania the Court established that the country cannot burden a person with responsibility for a state institution’s mistakes. Moreover, ECHR noticed that the applicant was an honest buyer and couldn’t have known that heirs of the previous owners were also interested in the land she wanted to get back. The Court stressed that in similar cases the rule of good administration is especially important. According to this rule, in case of deciding the question connected with public interest, particularly with such fundamental human rights as the right to property, state institutions should act quickly and consistently. The Court believes that local institutions made the decision about selling the applicant’s land without a sufficient  clarification of all the circumstances. After a thorough estimation of the situation the Court came to a conclusion that the rule of the right balance of interests was not assured.

Meanwhile, in Varnienė’s case against Lithuania a deviation from a rule of reliability of a legally established order was determined. In 2002 the Supreme Administrative Court of Lithuania obliged self-government institutions to give the right of ownership of the land back to the applicant. However, in 2004 the administrative procedure was resumed. The justification was that the Court when passing the judgement in 2002 could have made a mistake in assessing whether the land in question belonged to a forest, which is a state property. Finally, the Supreme Administrative Court of Lithuania passed a new judgement, in which it reversed its decision from 2002.

ECHR stressed the importance of the principle of res iudicata and emphasized  that neither party can aim to examine a final and validated decision of the court just to have it re-opened. The authority of a higher court to resume legal proceedings should be restricted to analysing the institution’s mistakes in a particular case and not to re-examining its content. What is more, the resuming of legal proceedings cannot be conducted as a secret appeal. Thus, the Court established that the rule of reliability of a legally established order and the right to a fair trial assured by the Article 6 to the European Convention on Human Rights were broken.

The national courts should decide independently about the rate of the compensation due to deviation from the Convention however ECHR reserved the right to deciding about the proper compensation if the country is not be able to reach an agreement during a period of 6 months from the day the decision is validated.

The third unfavourable for Lithuania decision of the Court is connected with the right to freedom of assembly and association assured by the Convention. In 2003 Lithuanian farmers organized a traffic block demanding an increase in financial support for agriculture. After a year of disputes in national courts the block’s organizers were sentenced to 60 days of prison, postponed for a year. Meanwhile, the court in Strasbourg decided that the Convention’s Article 11, namely the right to freedom of assembly and association, was violated. The European Court of Human Rights decreed that this punishment is disproportionate because the demonstrators were not violent during the negotiations with the government. The Court also took into consideration the fact that the farmers did not block the traffic for family cars and vehicles carrying dangerous load. In accordance with the sentence Lithuania is obliged to pay 2 000 euros (6 900 Lithuanian litas) of compensation to every one of the five farmers.

The European Foundation of Human Rights is alarmed by a worsening image of Lithuania in the European Court of Human Rights. Moreover, the number of similar cases in ECHR may increase since Lithuania is still not able to properly adjust the national to the international law, including the issue of compensation for a statutory appropriation of land.

It needs to be pointed out that among the countries which joined the European Union in 2004, Lithuania is one of the leading countries, along with Estonia, Slovenia, and Latvia, in the number of complaints per number of citizens. Basing on the official ECHR statistics only in 2012 out of 10.000 Lithuanian citizens 1,24%  filed a complaint (in 2010 it was 0,73%, in 2011 – 1%). Considering all of the countries of Western Europe, these numbers are very high.

Translated by Kinga Zinser within the framework of a traineeship programme of the European Foundation of Human Rights, www.efhr.eu.