EFHR at the premier Forum for Polish Kindergartens in Vilnius 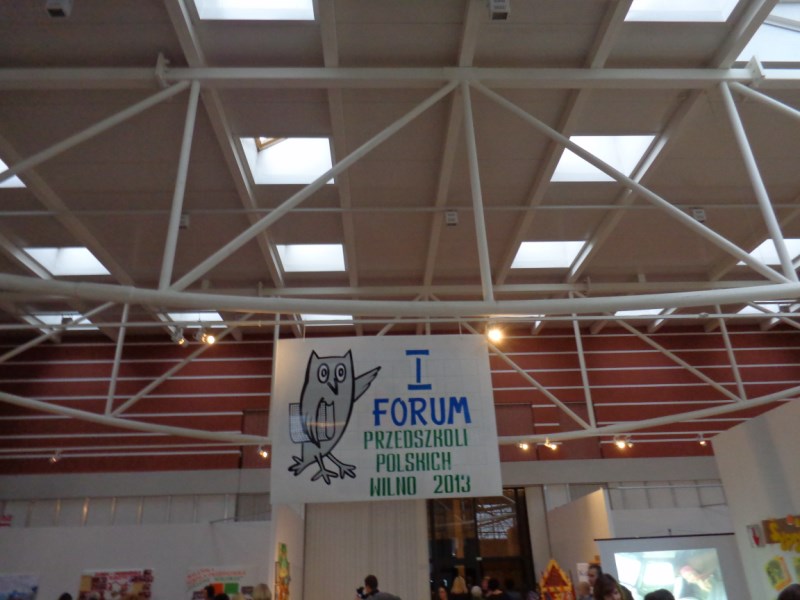 On Wednesday, 4 December 2013, the European Foundation of Human Rights (EFHR) attended the inaugural Forum for Polish Kindergartens in Vilnius, co-organised by the Association of Polish Teachers in Lithuania „Macierz Szkolna” and the Vilnius City Council. It was launched at the House of Polish Culture, along with the opening of the 10th, jubilee edition of the ‘Fairy Tales off Kindergarten Shelves’ Festival. The Forum featured a presentation of educational offer and latest achievements of 17 out of the 28 kindergartens in the city which run a Polish-speaking group. As the EFHR monitors the situation of minority groups in Vilnius kindergartens, we seized the opportunity to directly communicate with their representatives and thus to add new data to what we had already amassed.

At the beginning of autumn, the EFHR wrote to the Vilnius City Council (Vilniaus savivaldybės švietimo, kultūros ir sporto departamento švietimo skyrius) asking for information on current situation in Vilnius kindergartens which run minority groups. The Foundation also wrote to 38 kindergartens which, according to the 2012 register, ran Polish- or Russian-speaking groups. On the basis of 28 responses, it was gathered that in 2 kindergartens Russian groups were not formed due to an insufficient number of pupils, while in 12 groups there are more children than there normally should. Besides, the lack of Polish or Russian groups forces parents to put their children in Lithuanian-speaking ones.

According to data cited by the Vilnius City Council on the www.vilnius.lt website, in the year 2013, Polish groups were started in 28 out of 144 Vilnius kindergartens. Information collected by the EFHR makes it clear that at least 16 of them teach more children than they normally should. There are also cases where two languages are used interchangeably (Polish-Russian groups), which is detrimental to the children. Another issue is lack of spare rooms which could hold an extra group. However, by way of cooperation and parents’ initiative, it should be possible to provide solutions to such problems. The EFHR will further monitor the situation and strive to introduce necessary changes, so as to ensure proper conditions for national minority groups.

Accordingly, the EFHR would like to remind everyone interested of the possibility to get free legal advice and representation, also in cases connected with kindergarten enrolment. We offer it both to school representatives, and parents or guardians.

The European Foundation of Human Rights hopes that the Forum for Polish Kindergartens in Vilnius will become a recurring event, thus spreading information on Polish kindergarten groups and education in native languages.