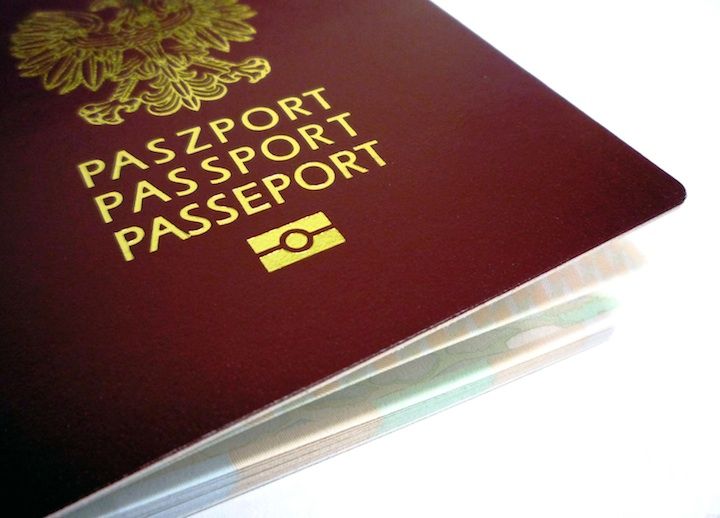 In recent years, Poland has introduced many changes in legislation concerning the spelling of names and surnames and also in the rules for changing them. It seems that Poland may be a good example of how to adjust the national law when it comes to delicate issues like names and surnames by taking into consideration the needs of different social groups along with international legal requirements.

There is no singular unified act in official documents which regulates the spelling of names and surnames. This does not mean, however, that there are no regulations in this matter. On the contrary, there are many articles that can be found on this subject in a whole range of acts and orders.

The Act of 6 January 2005 on National and Ethnic Minorities and on Regional Languages is crucial for this topic. According to Article 7 of this act: “People belonging to a minority shall have the right to bear and spell their first and last names according to the spelling rules of their respective minority language, in particular in the official register and identity documents.” It applies especially to registration in registry office records and IDs. In accordance with these regulations, a female citizen of Lithuania who got married in Poland to a Lithuanian whose surname is “Musiulis” would be able to keep the Lithuanian form of the surname, “Musiulė” or “Musiulienė”. Of course, she may opt to keep her husband’s surname or her maiden name.

The same act states that names and surnames of people who belong to a minority which are spelled in a non-Latin alphabet, e.g. the Cyrillic alphabet, must be transliterated. The details of such transliterations are determined by respective orders.

Moreover, the Act of 1999 on the Polish Language, which aims to protect the Polish language, states in Article 2 that the act cannot be contradictory to legal regulations regarding the rights of national minorities, ethnic groups and communities using a regional language.

One should remember that not all foreigners living in Poland can be considered a minority. The Act on national and ethnic minorities indicates that Belorussians, Czechs, Lithuanians, Armenians, Russians, Slovaks, Ukrainians and Jews belong to national minorities, while Karaites, Kashubians, Lemkos and Tartars belong to ethnic minorities. The regulations do not specify how to classify other nationalities.

In this case, the Registry Office Records Act of 2014, which replaced the Act of 1986, may be helpful. According to this act, a registrar transfers the content of a foreign document by transcribing foreign register office records without changes in the spelling of names and surnames. A registrar can adjust the spelling to the Polish language only when requested. The exact same rules apply to reconstructing foreign registry office records.

The ordinance on detailed rules of drawing up registry office records of 1998 also refers to the spelling of names and surnames stating that the spelling of given words in the records should conform to Polish orthography rules, with the exception of surnames, which can be written traditionally (Article 2, paragraph 2).

The Voivodeship Administrative Court (WSA) in Rzeszów expressed its opinion on the matter of name spelling in 2006. The judges did not agree with the registry office actions as the registrars spelled the second name of the applicant as “Feliks” in the copy of the marriage certificate although the name in the birth certificate was “Felix”. The office claimed that the birth certificate was issued under the Prussian administration and because of the fact that Polish is currently the official language, names should be adjusted to the Polish orthography. The argument was refuted by the WSA. The court emphasized that the registry office has no right to change anyone’s name in the copy of the marriage certificate, which is not a registry office record itself. The registry office, in accordance with the act on changing names and surnames, should have issued a suitable decision to adjust the spelling to the Polish orthography. The judges emphasized that a name should be treated as a proper name which is not subject to the Act on the Polish Language. Moreover, a name, as an identification of a natural person, can be treated as a personal right.

As an aside, it is worth noting that the new Registry Office Records Act of 2014 has introduced changes in naming. According to the new solutions introduced with the Act, children can be given foreign names regardless of the nationality and citizenship of their parents. Moreover, the Act has implemented the possibility of giving names which do not indicate children’s gender, but are generally attributed to a given sex, such as Mercedes attributed to girls. Parents have to remember that a child’s name cannot be a diminutive and be undignified or humiliating. Children can still be given a maximum of two names. The decision on whether the child’s name meets the requirements is made by the manager of the registry office.

The rules of changing names and surnames altered in 2008. The law regarding a change of name and surname implemented more liberal rules in this matter. First of all, refugees living in Poland have also been provided with the right to change names and surnames. Changing one’s name or surname to one spelled in accordance with the law of a country of which one is a citizen is now deemed a valid reason for such a change. The aim was to internationally unify names and surnames of those who hold more than one passport. Additionally, in such cases, a given citizen can have more than two surnames, which is an exception to the rule. The limit on first names, however, is still binding. The change is an outcome of the case C-148/02 Carlos Garcia Avello v Belgian State examined by the Court of Justice of the European Union. The Court recognized the right of the citizens of the European Union to bear surnames to which they are entitled by the law and tradition of another Member State.

These alterations also allow changes of the surname to a male or female form. In practice, it can be used by a woman to change her surname from “Kowalska” to “Kowalski”. The obligation to adjust the surname to the citizen’s gender by the registry office workers was previously abolished. Yet, the restrictive regulations about giving historic names or ones with “an outstanding merit for the cultural, political, social or military activity ” have been retained. To change one’s surname to, for example, Wałęsa, Kopernik or Konopnicka, the applicant must prove that he or she has relatives bearing such a type of name.

The Polish law of giving and changing names and surnames has been liberalized in order to adjust it to changes in Polish society. The liberalization also serves the purpose of adapting the Polish law to European Union regulations and also to Polish international obligations. These changes are, without a doubt, related to the increasing number of foreigners in Poland and to the need to adjust the law to the aims of migration policy.