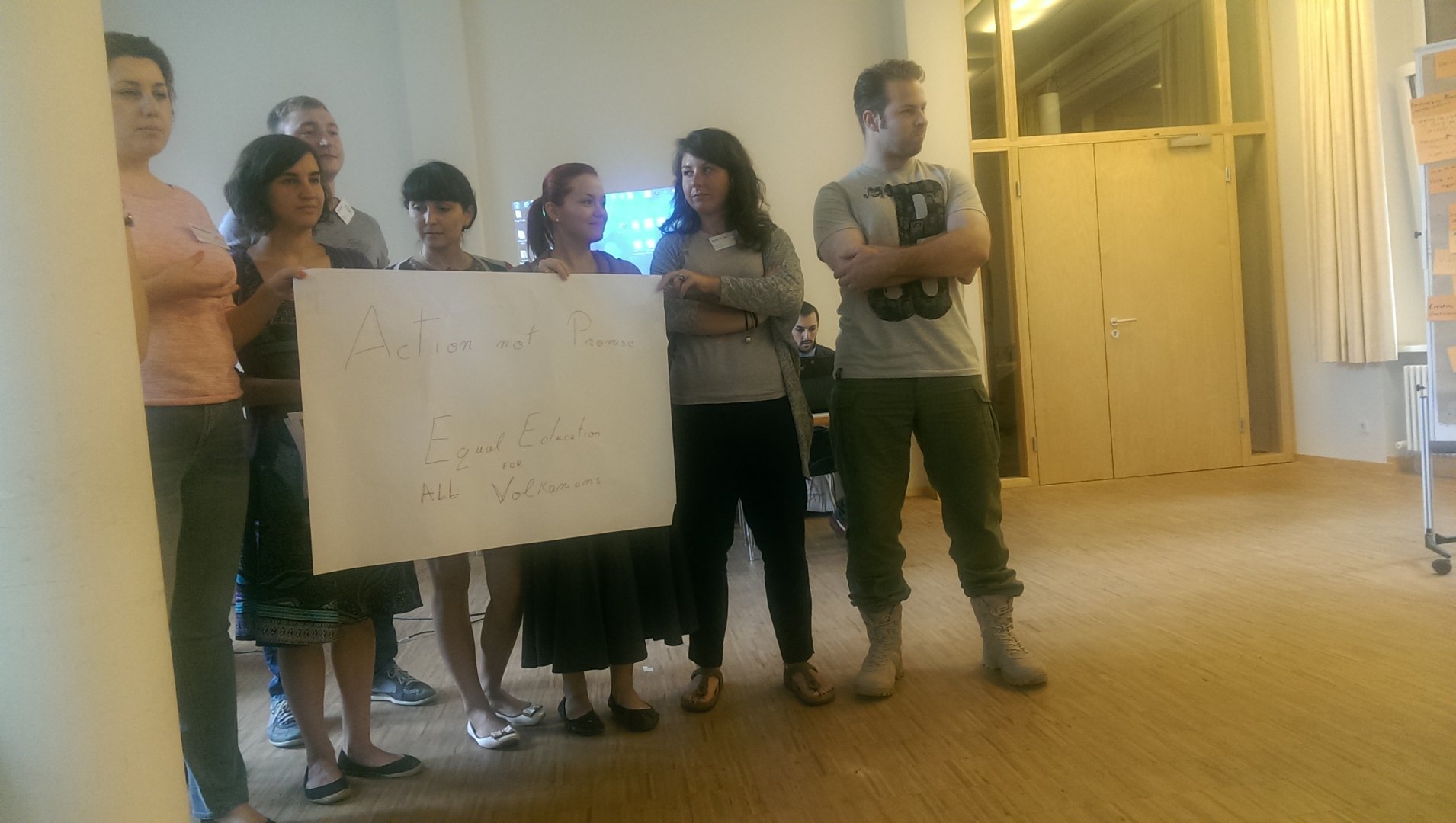 The main purpose of this project was to conduct a simulation game that tackled the sources, reasons, dynamics and effects of right wing populism in different regions of Europe. In order to do this it was necessary to pursue a deeper understanding of why right-wing populist parties evolve, how they work, and what makes them successful. On the basis of that, during the project we elaborated on ways of tackling this phenomenon and discussed their implementation, both on an individual and societal level.

The first preparatory meeting took place in Berlin from 11th -15th July 2015. During the meeting members of last year’s developing team consulted with the representatives of the new partner organizations in order to show them the simulation game that was developed and tested last year. The simulation game highlights the sources of right-wing populism in the EU and offers a starting point to think about strategies to deal with this issue. EFHR representatives were introduced to the method of simulation gaming and they analyzed the specific situation in each country, and discussed necessary adaptations for the regional implementation seminars.

Between 3rd August and 29th September 2015 a simulation game (in workshop format) took place in Budapest. A special focus was placed on considering what influence right-wing populist movements and parties have on democratic culture. Further, the EFHR representatives provided training for all participants, in order to prepare them for the simulation game.

This simulation game highlighted the sources of right-wing populism in Europe and offered a platform to think about strategies to deal with this issue. The setting was a fictional country called “Vulkania” in which the three ethnic groups – Vulkanians, Betians and Rehans – lived. Due to a rough patch in Vulkania’s economy ethnic tensions increased and a new political party, the Movement for Vulkania’s Rebirth, emerged and gained support by using provocative language and blaming minorities for the lack of jobs and an increase in crime. On the run-up to elections the country fell into a deep crisis, and the conservative government attempted to gain support by inviting all key political figures to a conference. In the end, the government proposed an action plan for education and security reform – and this addressed the main issues in Vulkania.

All of the trainers got together in Rome between 22th – 26th of November for an evaluation meeting and the results of the Regional Implementation Phase were presented. The simulation game will later be adjusted, taking into account suggestions put forward during the implementation phase. The outcome of the simulation games will be shared and compared, and hopefully serve as a foundation for formulating policy recommendations.

EFHR truly values this simulation game project as it is an innovative way to approach modern problems and can help to engage young people in the creation of civil society. Experience gained by participants should lead to a raised awareness of threat created by rise of right-wing populism movements inside European Union, as well bring up ideas for preventive measures. EFHR will cooperate in the future with different NGOs we have met during the implementation of the training to tackle human rights problems in a new way.