Juggling dual citizenship – the next opening 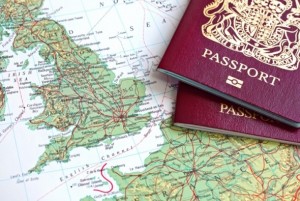 The citizens of Lithuania are already accustomed to the fact that one of their country’s crucial laws, which regulates Lithuanian citizenship, instead of being a guarantee of stability, is the subject of continuous alterations. Adopted in 1991, the citizenship law was altered 10 times prior to its expiration in 2003. The next law, adopted in 2003 and effective until 2011, underwent 6 alterations. The latest law, effective from 2011, has already been altered 3 times. The Constitutional Court of the RL has already commented on the topic of dual citizenship three times. These constant amendments within the last 24 years have contributed to the emergence of numerous groups which differ in status, despite being in the same situation. Such a situation in the democratic state is unacceptable.

The amendments adopted on 19 November 2015 by the Republic’s Parliament  restore the law of holding dual citizenship for children who acquired Lithuanian citizenship and that of another state from birth. Those who, in accordance with Article 7, have a right to be citizens of the RL or any other country and those who lost their RL citizenship due to acquiring another state’s citizenship prior to this law entering into force, may submit an application for citizenship restoration under Article 21 and 42. However, it is important to note that the proposals concerning the alteration of legislation designed to legalize dual citizenship have already appeared before. On 16 April 2014, the Parliament of the RL obtained a proposal to hold a referendum on dual citizenship during the presidential elections in 2014. The European Foundation of Human Rights (EFHR) would like to remind everyone that it was President D. Grybauskaitė who, in 2013, initiated the amendment depriving children born outside the country of Lithuanian citizenship. It was due to this amendment of 2013 that those turning 21 were obliged to waive the citizenship of one of their parents. It should, however, be stressed that the law entered into force retrospectively and involved all children born after 22 July 2008. Pursuant to the latest amendment of 2015, those who were born outside the country, including underage children adopted by the citizens of the RL and holding Lithuanian citizenship, will not be obliged to make a choice at the age of 21 and may hold dual citizenship. Dual citizenship may also be held by those who left the territory of Lithuania during the occupation preceding the country regaining independence in 1990, or people who acquired their citizenship automatically (ipso facto) by intermarriage. EFHR is very pleased with the fact that the bill has been passed and signed and this partly solves the issues with dual citizenship, especially with reference to the youngest citizens of the country whose number in Lithuania, according to the official demographic statistics, is decreasing. The number of mixed marriages in 2014 was 3242 and 161 children of RL citizens were born outside the country. Nevertheless, the problem has not been entirely solved. It is worth noting that for years EFHR has been proposing that the second and the third part of Article 12 of the Constitution of the Republic of Lithuania should read as follows:

Not even one month passed and the Parliament passed another amendment, the fourth since 2010, concerning dual citizenship law. On 22 December 2015, the MPs, at the special request of the President, passed a proposal which ensured that the head of the state has a right to give her consent for people who rendered outstanding services to Lithuania to keep their Lithuanian citizenship once they acquire another state’s citizenship. The amendments also enable people who rendered outstanding services to the country to restore their Lithuanian citizenship, provided that they have been deprived of it earlier, acquiring the citizenship of another state. This amendment makes another exception and thereby created another group of privileged people in the state. Once again, it shows that the Lithuanian legislator does not have a coherent and long-range concept as to who can be a citizen of Lithuania.