EFHR discloses misinformation provided by Lithuania to the Council of Europe 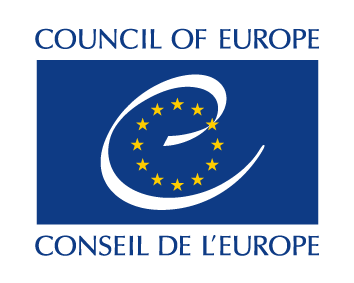 The European Foundation of Human Rights (EFHR) has published its Analysis of the Comments of the Republic of Lithuania to the Third Opinion of the Council of Europe on the Third State Report by Lithuania.

The latest country report – which provides information on the situation of national minorities and minority policies between 2006 and 2011 – was submitted to the Council of Europe in September 2011. In November 2013 EFHR published its Alternative NGO Report on Lithuania’s Implementation of the Framework Convention for the Protection of National Minorities. This report aimed to highlight the protection of national minorities in Lithuania since the ratification of the FCNM in 2000. The paper reached the conclusion that the situation for national minorities has not seen a marked improvement since 2000. It points to clear breaches of the FCNM, with examples including the expiration of the 1989 Law on National Minorities. The Advisory Committee adopted its Opinion on the Third State Report by Lithuania on 28 November 2013. However, this was only released publicly on 10 October 2014, with the postponement possibly due to the fact that there was disagreement stemming from conclusions which put Lithuania in an unfavourable light.

EFHR’s findings are quoted as a source of reference five times in the Third Opinion of the Advisory Committee report. We feel that this serves as evidence of the foundation’s expertise and professionalism which has not gone unnoticed by major international organizations like the Council of Europe.

Having received the Opinion of the Advisory Committee (AC), the Government of Lithuania expressed its disagreement towards the criticisms in the document and submitted its Comments in October 2014. In their reply, the Government of Lithuania pointed out that the conclusions made by the AC were not true regarding a number of matters. It provided clarifications on a number of problems raised by the AC and presented information demonstrating, in Lithuania’s view, that the issues had been addressed satisfactorily.

The aim of this analysis is to provide information on the current state of affairs in Lithuania with regard the present-day level of protection for the rights of national minorities. Having thoroughly analyzed the Comments by the Government, EFHR found that that document, together with the Third State Report by Lithuania, is unfortunately misleading where information on the factual situation of minority rights protection in the country is concerned. The Foundation strongly believes that providing accurate information on the state of affairs regarding the implementation of the FCNM by Lithuania is crucial in understanding to what extent the Government respects (or perhaps disrespects) its international commitments, and at the same time also important for state institutions to understand that there is still a lot to be done concerning the protection of minority rights in Lithuania. Therefore, in this document EFHR attempts to provide clarifications on the actual state of affairs related to the implementation of the FCNM by the Lithuanian Government.

As a member of the Council of Europe since 1993, Lithuania ratified the Framework Convention for the Protection of National Minorities (FCNM) without any reservation on 23 March 2000. By the ratification of the Convention, the Government committed itself to submitting a State Report every five years in which it must present how much improvement the authorities have made in compliance with the FCNM.

This analysis sets out to highlight current issues which include procedural difficulties posed by the representation of victims in court by NGOs and access of national minorities to the media.

EFHR hopes that our analysis and its recommendations are taken into consideration by the authorities. We are always pleased to be able to put forward our findings and conclusions and sincerely hope that these can go some way to help improve the situation in Lithuania.

You can read the country report below.