Screening of Winter on Fire: Ukraine’s Fight for Freedom at Beepart Centre 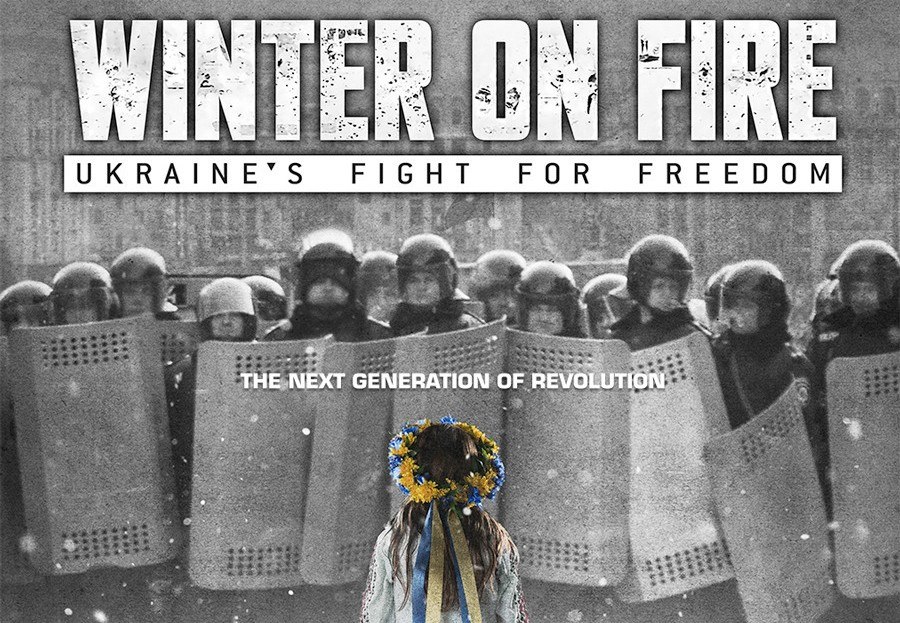 The European Foundation of Human Rights (EFHR) organized a film screening of the documentary Winter on Fire: Ukraine’s Fight for Freedom. The event took place on the 2nd of March 2016 at Beepart Pilaite cultural centre. The event organizers were Leah Nedahl and Aneta Maciejewska, two EFHR EVS volunteers.

Winter on Fire: Ukraine’s Fight for Freedom was directed by Jewgienij Afiniejewski, a Russian-born film-maker who is currently living and working in the United States. The documentary, which was partly produced by Netflix, was nominated for this year’s Academy Awards in the Best Documentary Feature category.

The documentary tells the story of the 93 days of bloody protests that took place in Ukraine between 2013 and 2014.

The events, which centre around around Maidan (Independence Square in Kiev), began as peaceful demonstrations – but escalated into a violent revolution. As a consequence of the events of the revolution, Viktor Yanukovych resigned the Presidency. The documentary shows the unbelievable mobilization and heroic fight of almost 1 million Ukrainian citizens from all over the country who protested against the regime. The authorities, through the use of violence and absurd bans, tried to limit and silence the citizens and deny them their freedom. Many demonstrators paid a high price for this hard-won freedom.

The event generated a big amount of interest – which was a terrific surprise for the organizers. Around 35 people (mostly students, Erasmus+ programme participants and EVS volunteers) gathered on Wednesday evening to watch the documentary together and share their impressions of the documentary.

In the future EFHR plans to continue holding film screenings, with the main theme being human rights. Stay informed about similar events on the EFHR website and on our Facebook page.