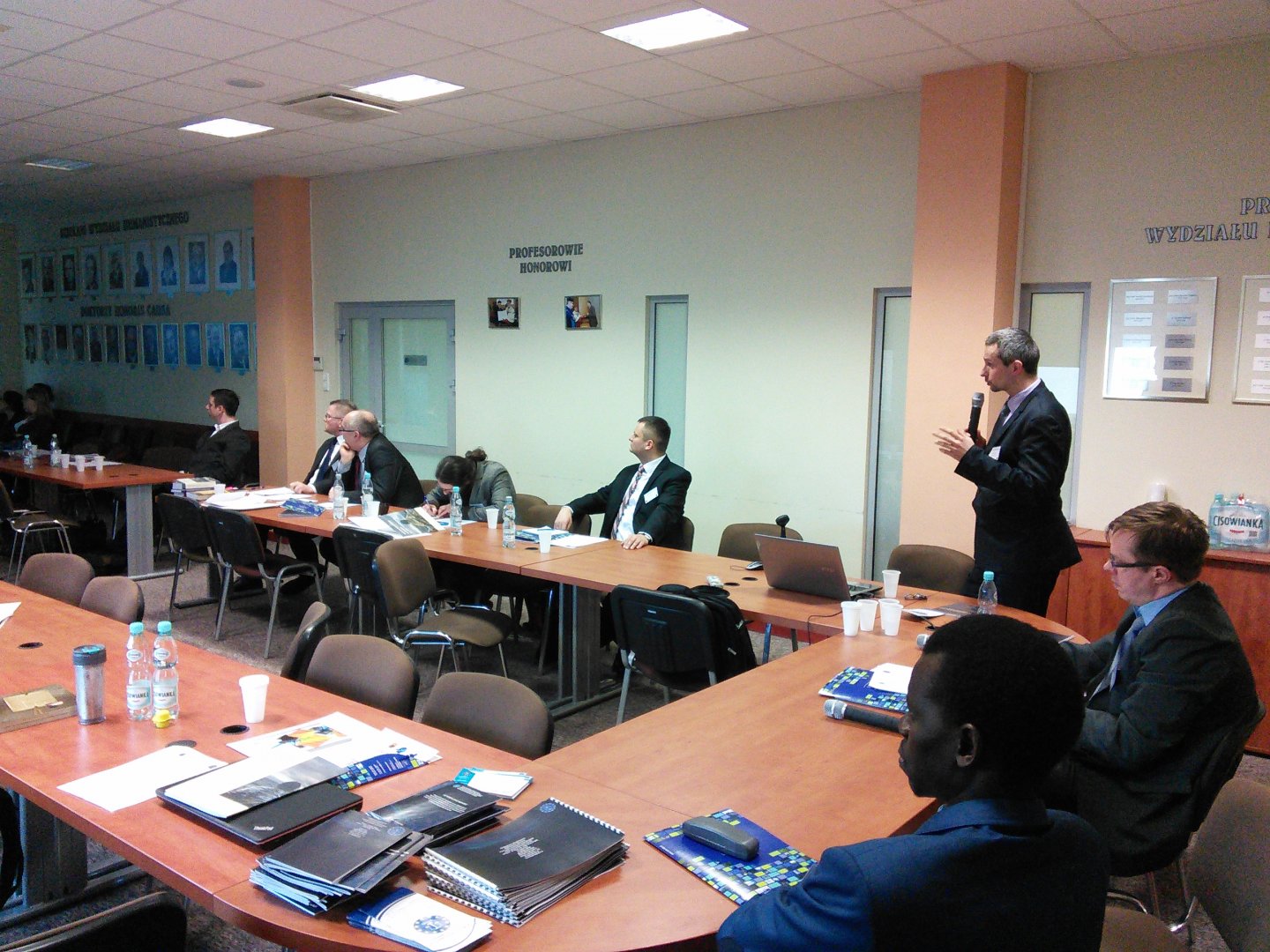 On the 21st and 22nd of March 2016 at the Faculty of Humanities of the University of Warmia and Mazury (UWM) in Olsztyn, the Polish National Science Conference “Dialogue of cultures or a source of conflicts — problematic aspects of national minorities in Europe” took place. The conference was organized by the Institute of History and International Relations UWM in Olsztyn and the Scientific and International Relations Student Society “Inter Gentes”.

The objective of the conference was to present and discuss the different aspects of issues of national minorities in Europe.

The European Foundation of Human Rights (EFHR) was represented at the conference by EFHR expert Ph.D. Łukasz Wardyn, who during his speech presented an analysis of the current situation with regard to respecting the rights of national minorities in Europe. This analysis was based on the statistics from the most recent 2014-2015 EFHR report. Mr Wardyn tackled issues such as the education of national minorities, the use of national minority languages in the public sphere, the original spelling of names and surnames, the right to topographical signs in native languages, and engagement in social, political and cultural life.

The themes of the speeches given at the conference differed in how they tackled issues related to national minorities (e.g., historical, political, legal, cultural and demographic aspects). Further, there was much variation between the areas of interest of different speakers (for example, the focus shifted between, amongst other topics, the Basque people in Spain, the Roma community in Switzerland, the Polish minority in USSR in the 80s, and the German minority in Lower Silesia and their situation after World War II).

Ph.D. Łukasz Wardyn was not the only speaker who devoted his speech to thinking about the Republic of Lithuania. Associate Professor Adam Bobryk, a professor at the University of Natural Sciences and Humanities in Siedlce, gave a speech titled “Lithuania in the face of the immigration crisis of 2015-2016”. The representative of Kaunas University of Technology, Ph.D Tomasz Błaszczak discussed the basic aims and results of the “Global Lithuania” programme, which is an inter-institutional attempt to change the demographic policy in Lithuania that was introduced in 2012, and has been coordinated by the Lithuanian Ministry of Foreign Affairs. Besides that, the representative of the European Parliament, Ph.D Bogusław Rogalski, highlighted the violations of the obligations adopted by the Lithuanian Republic towards the Polish national minority, — Framework Convention for the Protection of National Minorities, Polish-Lithuanian Treaty, and Vienna Convention on the Law of Treaties. Finally, one of the conference organizers, UWM Ph.D Krzysztof Sidorkiewicz, gave a speech titled “The demographic changes in Lithuania at the turn of the 20th and 21st century”.

The “Dialogue of cultures or a source of conflicts —problematic aspects of national minorities in Europe” science conference will be followed by a post-conference publication, which will include the lectures given by speakers at the event.

EFHR is delighted to have been given the opportunity to take part in such a prestigious conference, and we hope to be able to participate in such events in the future.