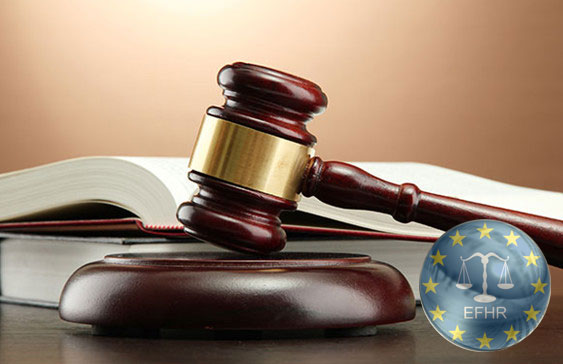 On 4 November 2016, after examining the criminal case, the district court of Kaunas city acquitted Viktorija K. and Linas K. of the charges which state that on the 16 February 2015 (on the Lithuanian Independence day), in public spaces in Kaunas, together with two other persons they were putting up posters with the writing ‘’Sudegink Ruklą, deportuok vyriausybę, imigrantai welcome’’ (translation: ‘’Burn Rukla (The Refugees Reception Centre in Lithuania), deport the government, welcome the refugees’’), i.e. the charges were pressed due to the public incitement of people to participate in actions of discrimination (like physical assault/murder) against the society groups based on the nationality and social class.

The court indicated that the Constitution allows citizens to criticize the work of government institutions or officers and, in this case, the government is not a socially vulnerable group whose equality or dignity can be violated. The court agreed to explanations of professor Gintautas Mažeikis which state that the phrase “deportuok vyriausybę’’ (translation: ‘’deport the government’’) should be understood in a broader sense like a critique of the government’s policy towards refugees. Also, the verdict denied the assumption that the poster was an instrument to incite the discrimination against any nationality, on the contrary – the poster had the intention of criticizing the executive orders and supporting refugees.

The legal assistant, Evelina Baliko, who represented in court the accused (Viktorija K.), while commenting the court’s verdict acknowledged that after the detailed investigation of the case the Kaunas District Court issued fair decision of acquittal which corresponds to the courts practice. According to the legal assistant, the court separated correctly the freedom of expression from the hate crimes. The content of the poster was not the authorial work made by the people who were putting it up – that was the translation from English of the widespread European text which was created to support refugees and to criticize the government’s policy. These actions cannot be stated as equals to the incitement to hate and discrimination.

PI ‘’European Foundation of Human Rights’’, who provided legal aid for the accused in this case, indicates that during six years of existence of the Foundation, the organization submitted 577 statements of the incitement to hatred and discrimination to the Public Prosecutor’s Office, from which 47 criminal cases have been won. The language of hatred usually appears on the grounds of nationality. It is expected, that the growing awareness of the society will reduce the number of these particular crimes and this verdict will become a great example of separating the critique of the government from the hate crimes.