EFHR participated once again in the conference UNITED 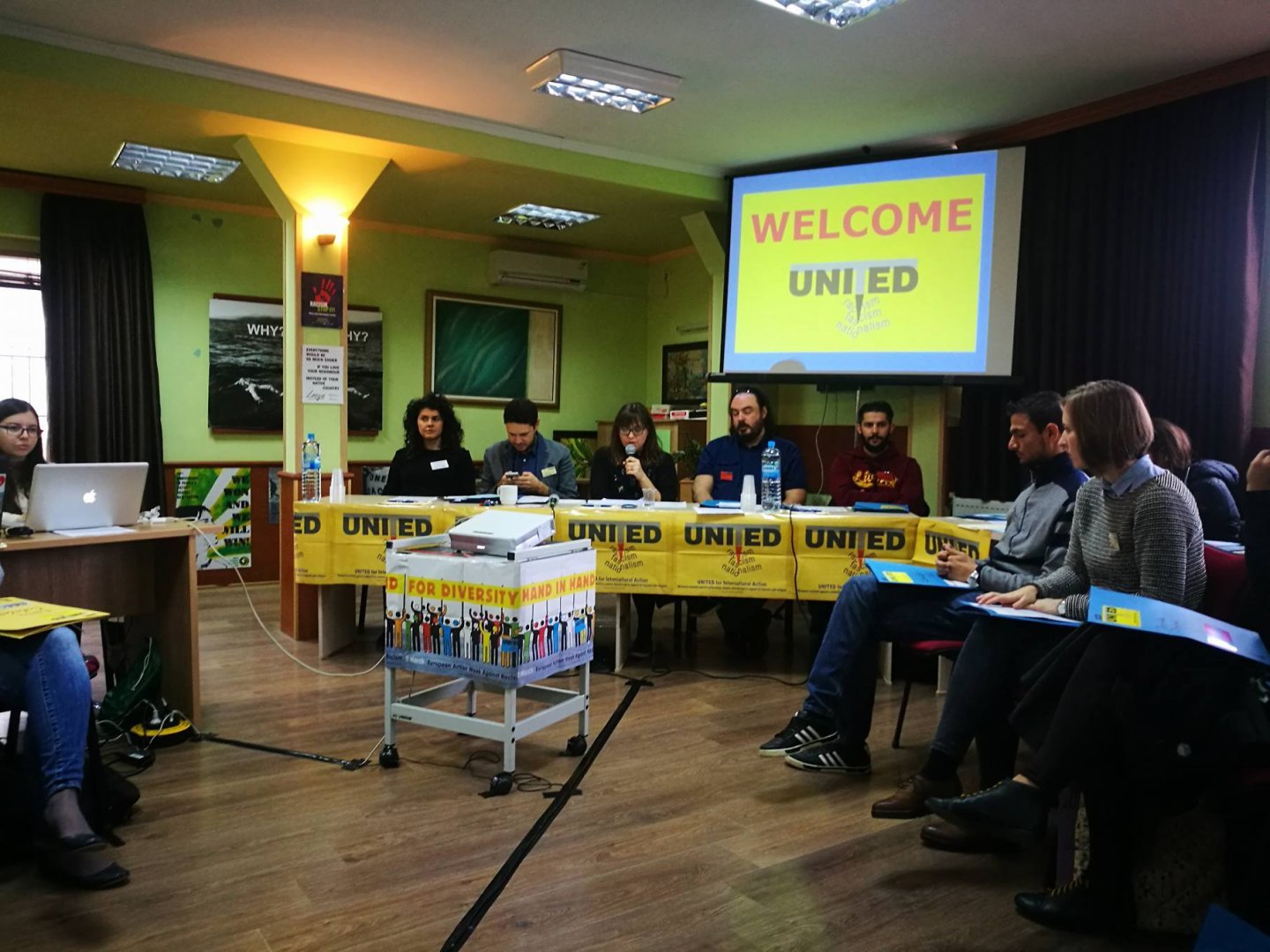 On 26 and 31 October this year, in Macedonia, right next to the picturesque town of Ohrid, a representative of the European Foundation of Human Rights (EFHR) took part in an international conference organized by the UNITED network under the title: ” LIVING TOGETHER: Transform a Divided Past Into Our Common Future ”.

Considering the problems currently afflicting Europe, the UNITED decided once again to organize an anti-racism conference, which was attended by (several) dozens of people,  representing non-governmental organizations from more than 30 countries. The main objective pursued by the participants of the conference was to find a solution, a sort of a universe in the fight against discrimination and racism, so that the citizens of all countries could live together on an equal footing and enjoy the same rights. Attention was also drawn to the fact that unfortunately history likes to repeat itself, and the issue of intolerance of national minorities, which can be seen in many European countries is a great example.  Although, nothing happens without a reason. The problems of national minorities still exists, and they are deriving from the course of the world’s history. We should thus learn from the past, take example and draw conclusions for the future. This method will certainly be a helpful element in the fight against racism and discrimination. The simple fact of meeting the representatives of the different countries is an important aspect of the conference.  New acquaintances and joint discussions can often lead to the conclusion of a significant and fruitful cooperation between non-governmental organizations from different countries.

The day when all of the participants were supposed to present the course of theirs countries’ history was a touching moment during the whole week in Macedonia. The representatives talk about the cruel war in Bosnia and Herzegovina, the difficult political situation in Ukraine and the problems of the Polish minority in Lithuania. All the stories confirmed the activists that their dream and this year’s aim is to lead to the joint reconciliation.

UNITED is the largest pan-European anti-racist network. Twice a year, in autumn and spring, at the UNITED network conferences, anti-racist and human rights activists from all over Europe meet to discuss effective ways of combating racism and discrimination.